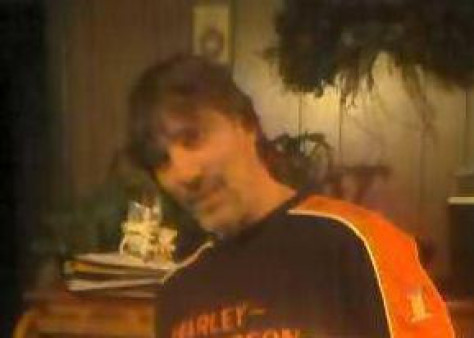 I ran my own company for several years, and I was always on the go. Sometime around 2010 or later, I began to feel tired all the time. I went to doctors, and they kept ordering lab tests, such as checking for diabetes. They couldn’t find anything wrong with me for a year or two, so eventually I stopped going to the doctor.

In 2015, I felt worse, and I was sleeping a lot more. We were invited to an out-of-town New Year’s party, and we got a hotel for a night. While getting ready at the hotel, I felt awful, so we skipped the party and went home the next day. A week later, a friend stopped by and told me that I looked like a “cool ranch chip,” and that I should see a doctor.

I saw the doctor the next day and had a battery of tests done, and on January 12, 2016, I had a liver biopsy, which resulted in major complications. They punctured my lung and an artery, and I nearly bled to death. I was in a coma for six days. When I came to, I was told that I had autoimmune hepatitis with stage 2 liver damage.

I travel for work, and since I own the company, I had to take care of business. Shortly after the biopsy, I was out of state and I became septic. From then on, it was an endless stream of surgeries, hospitalizations and feeling horrible. In August 2017, another liver biopsy revealed that I had third-stage fibrosis. Since then, I have had several flare-ups.  Soon I will have to make an appointment for another liver biopsy to see if the liver damage has worsened to the fourth stage, which is cirrhosis.

My wife left in November 2017, leaving me to take care of our 13-year-old son. I don’t have any help, and it is very stressful. I am afraid I am not going to make it very much longer. My doctors aren’t optimistic either. I take azathioprine and prednisone, but when they tried to taper me off prednisone, my liver enzymes skyrocketed into the thousands. They tried another combination of medications, but the results were the same.

It’s been a long road, and the doctors tell me they can’t believe that I am still alive. It’s been incredibly hard. Mostly, I am very scared for my son, as well as for me.

I just don’t know what to say any more.

My kids. Also, the business I started. It was very successful, and now my stepdaughter is running it.

Being gone all the time because I was on the road due to my business. I missed a lot of time with my kids and wife. Time is something I can’t get back, and that hurts.

I am scared for my son. It’s just me and him at home.

If you could change one thing about living with hepatitis, what would it be?

To believe in yourself, that you can do anything.

My kids, especially my son who lives with me.

Live free and help others.

My son; nothing else means anything to me.

I’d be a deer because they constantly face the challenge to stay alive.