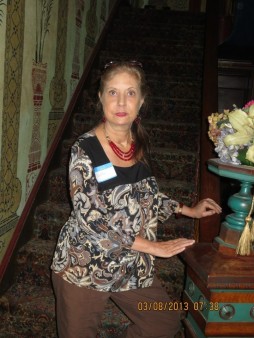 Not everyone knows when or where he or she got the hepatitis C virus. In the early 1970s, I was a nursing assistant working with a variety of patients, from geriatric to new mothers and even babies in the nursery. Back then, things weren’t as strict as they are nowadays. I was also diagnosed with severe endometriosis at that time and had many different surgical tests performed. In the ’80s, I worked for a jewelry company; ear piercing was very popular back then. We didn’t know about hep C, and we reused our starter studs to pierce each other’s ears, thinking that if we soaked them they would be safe to use. Then came the ’90s, when getting dressed up and going out with friends was big. My friends came over to shower and put on makeup before going out for the night. Of course, we shared razors, makeup and jewelry with each other; after all, we had to look good, didn’t we? Then there was the partying, and I did my share of that back then too. Snorting coke seemed to be the thing to do for the party crowd.

It was in the late ’90s when several of my friends were first diagnosed with hepatitis C. I was still feeling fine and didn’t have any reason to worry. Then came the turn of the century, and in 2005, I had a motorcycle accident. I spent three weeks in and out of the intensive care unit and had several surgical procedures performed in an effort to save my life. There was a lot of blood everywhere, but still no mention of me having hep C.

Then came that day in 2010 when my doctor called to tell me that I indeed did have hep C, but we would just watch it for now. Eventually, I was offered the opportunity to participate in a clinical trial. However, I changed my mind within three days of starting it. I’m really glad that I did because I already suffered from PTSD [posttraumatic stress disorder] and depression, an aftereffect of the accident. I really don’t think I would have survived treatment at that point. Then in 2014, I changed doctors, and when we discussed my hep C status, he told me, “Hell, we’re curing that now.” So off to the specialist I went to get more info.

I was one of the lucky ones, because the week before my appointment, Harvoni had just been approved by the FDA [Food and Drug Administration]. Talk about perfect timing! I was approved for eight weeks of treatment because my viral count was less than a million. I had very few side effects. Occasionally I was a little nauseous, was tired and slept a lot, but after eight weeks, I was finally cured.

I remember when I told my father that I had the virus. His first reaction was, “How the hell did you get that?” I replied, “Just living life, Daddy, just living life.” As you can see, I could have gotten the virus in so many different ways. Some of the risk factors I could control, and some I couldn’t. If you do have it, now is the time to talk to your doctor. Don’t worry about how and where you got it; just know that now is the time to get cured.

My daughter; after having fertility problems, being able to adopt my daughter was the best day of my life.

I wish I had been able to get pregnant. I would have loved to be able to feel that little life growing inside of me. It’s such a miracle.

Worrying about my daughter; no matter how old they get they’re always our babies.

I wish people would be more understanding and stop treating those who are infected as if they’re contagious. You will not get infected if you eat the potato salad that I made or take a sip from my drink.

Don’t be afraid to try something new, and make memories to look back on later in life.

Myself because I hung in there and slayed the dragon and because I’m not afraid to share my personal hep C experiences and have helped others find a cure.

Helping others always makes me feel good. If sharing my experience with hep C, depression, endometriosis or whatever can help someone else then I’m happy.

Say what you mean and mean what you say.

My dogs. I love my furbabies; they have been here by my side when I have been at my lowest.

A hummingbird because then I could fly and would spend my day sucking up sugar. How sweet is that?