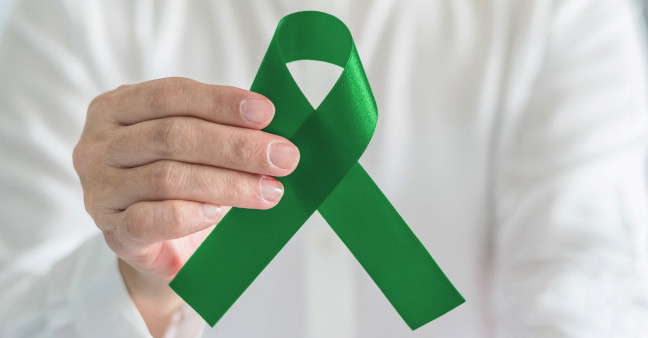 Sustained response to direct-acting antivirals prolonged survival by a year and a half.

People with liver cancer who achieve a cure with direct-acting antiviral (DAA) therapy for hepatitis C have a lower rate of both liver-related and all-cause death over five years, according to research presented last week in Boston at The Liver Meeting, the annual meeting of the American Association for the Study of Liver Diseases (AASLD).

Long-term hepatitis C virus (HCV) infection can lead to liver cirrhosis (scarring), hepatocellular carcinoma (HCC, the most common type of liver cancer) and the need for a liver transplant. Studies have shown that hepatitis C treatment reduces the risk of developing liver cancer, and it may also improve outcomes among those who already have this malignancy.

Liver cancer is often detected late and is difficult to treat. At earlier stages, surgery to remove the cancer and local therapies to destroy tumors may be possible. HCC does not respond well to traditional chemotherapy. A variety of targeted therapies and immunotherapies are now approved for advanced liver cancer, but survival usually remains short.

“Patients with HCC have such dismal prognosis, especially those who are not candidates for curative treatment, and, unfortunately, these are the majority of the HCC population,” Mindie Nguyen, MD, of Stanford University in Palo Alto, California, said in an AASLD press release. She added that people who are cured of hepatitis C with safe and well-tolerated DAAs could increase their survival by a median of 18 months, which is “considerable progress compared to other currently available systemic therapies for HCC.”

Nguyen’s team compared survival rates among people with HCV-related liver cancer who either were not treated with DAAs for hepatitis C or were treated and achieved a sustained virological response (SVR), or undetectable HCV viral load three months after completing treatment, which is considered a cure.

The researchers conducted a retrospective review of medical records from 2,169 people with HCV and liver cancer in the United States, Japan, South Korea and Taiwan followed between 2005 and 2017. About 500 were excluded because they also had hepatitis B or HIV, had other cancers besides HCC, were treated for HCV but were not cured, were treated and achieved SVR more than six months prior to their liver cancer diagnosis or were not treated for liver cancer.

Participants could have received ether curative or palliative HCC treatment. A majority underwent transarterial chemoembolization (TACE), a method of blocking blood flow to liver tumors, Nguyen said. Few people received the targeted therapy Nexavar (sorafenib), and none received immunotherapies such as Opdivo (nivolumab) or Keytruda (pembrolizumab), which have only recently been approved for liver cancer.

Of the remaining group, 1,239 people were not treated for hepatitis C, and 437 were successfully treated with interferon-free DAA regimens.

In both the treated and cured groups, about 60% were men, about 70% were Asian and the median age was approximately 66. Just over 80% in both groups had liver cirrhosis. But those who were not treated for hepatitis C had worse liver function and more advanced HCC than those who achieved SVR. They also were more likely to receive palliative therapy rather than curative treatment for HCC.

The researchers therefore matched the two groups by age, sex, country, cirrhosis status, HCC severity, type of HCC treatment and other factors, leaving two well-balanced groups of 321 people not treated for hepatitis C and 321 who were cured.

In this matched cohort, those successfully treated for hepatitis C had a higher five-year survival rate than untreated people when considering only liver-related causes of death (91% versus 69%, respectively). The same pattern was seen for overall survival rates when considering deaths from all causes (88% versus 66%, respectively). The median survival durations were 26 months and 44 months, representing an 18-month improvement in the cured group.

After adjusting for other factors, achieving a cure with DAAs was associated with a 66% decline in five-year liver-related mortality and a 63% reduction in five-year all-cause mortality, the researchers reported.

Thus, they concluded, “HCV-related HCC patients who are candidates for HCC therapy should also be considered for DAA therapy.”

“Our results clearly showed that SVR by DAA therapy is associated with improved overall survival, which is the most important endpoint for patients with a cancer,” said study coauthor Hidenori Toyoda, MD, PhD, of Ogaki Municipal Hospital in Japan.