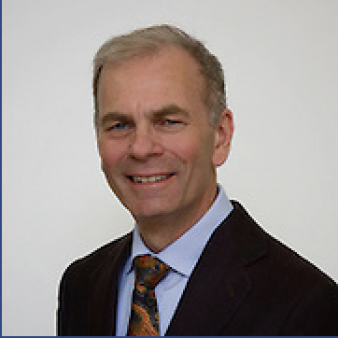 Tim Block Courtesy of the Hepatitis B Foundation

Is a Cure for Hepatitis B Coming? Experts Say Yes

How far are we from finding a cure for hepatitis B? We are close, said Timothy Block, PhD, president and co-founder of the Hepatitis B Foundation and its research arm, the Baruch S. Blumberg Institute. He points out that hepatitis C, once thought to be incurable, is today cured with new combination treatments.

Experts believe a cure for hepatitis B will also soon be developed. And the need for a cure has never been greater, with more than 240 million people worldwide living with chronic hepatitis B, causing 1 million deaths per year from related liver failure and liver cancer.

“Treatments are available,” explained Block, “but we have become a little too comfortable with the medications that are currently approved for use.” While these drugs are effective, interferon has many side effects and daily antivirals require lifelong use. These drugs work in only half of the infected population and reduce death rates by only about 40 to 70 percent.

The available antivirals are similar and combining them offers no advantage. They have limited effectiveness against cccDNA, the seemingly indestructible “mini-chromosome” of the hepatitis B virus that continues to produce virus particles in infected liver cells, even in people being treated. A cure, therefore, would have to destroy or silence cccDNA and provide long-term immunity. Because one-drug treatments can lead to drug resistance, a cure would almost certainly involve combination therapy, similar to hepatitis C.

With the recent advances in hepatitis B research, scientists are optimistic that another big leap in the search for a cure is possible if new complementary drugs are identified. The Baruch S. Blumberg Institute of the Hepatitis B Foundation is at the forefront of research efforts to discover such new drugs.

Blumberg scientists have played a key role in increasing understanding of the virus life cycle and are designing and developing ways to test new drugs.

“With our Drexel University colleagues, we are among the first, if not the only group, to identify a small molecule that inhibits hepatitis B virus cccDNA formation,” Block noted. This is significant because inhibition of cccDNA is considered essential in achieving a complete cure. Block is confident that a drug that can accomplish this will be developed.

In 2015, the Blumberg Institute licensed several of its discoveries to Arbutus Biopharma, the first company solely dedicated to hepatitis B drug discovery, and signed a three-year research agreement to work on novel approaches to developing a cure. “This unique partnership will allow us to move our discoveries more rapidly from the lab to the clinic,” Block explained.

Adding to its drug arsenal, Blumberg researchers have used computer modeling to design and produce targeted drugs against hepatitis B and liver cancer. In another innovative approach, researchers are screening plant and fungal extracts from its Natural Products Collection, donated by Merck & Co. in 2011, and have already discovered two potential drugs that are active against hepatitis B.

Getting close to the finish line

“There has never been more optimism than right now that a cure is within reach,” said Block. “This is the goal of the Hepatitis B Foundation, so we are all very excited.” Blumberg researchers are building on recent discoveries that have heightened the momentum around finding a cure for hepatitis B and liver cancer: new screening methods to search for effective drugs; new ways to treat hepatitis B using different approaches to shut down the virus; a new blood biomarker that aids in the early detection of liver cancer; and a promising drug that selectively kills liver cancer cells in animal studies.

“The years that we all have spent working towards a cure for hepatitis B have laid the groundwork for this final phase,” said Block. “We are committing everything we have, every resource at our disposal, to developing the therapies that will ultimately improve the lives of all people living with hepatitis B worldwide and ultimately relegate hepatitis B to the history books.”

Drugs currently in development at the Blumberg Institute

cccDNA Inhibitors: Blumberg is the only group to identify the first small molecule inhibitor of HBV cccDNA, which has now been made highly active and is licensed to Arbutus Biopharma for further development.

Capsid Inhibitors, “YES Kinase” Inhibitors: It is using high-throughput screens and computer modeling to design and produce targeted drugs that include capsid inhibitors for hepatitis B and “YES kinase” inhibitors for liver cancer.

Immune System Activators: It has developed a new HBV drug that works by activating an infected liver cell’s own immune system, which has been shown to be effective in animal studies.

Natural Antiviral Agents: It has screened thousands of plant and fungal extracts from our extensive Natural Products Collection and identified two new leads that show potential activity against HBV.