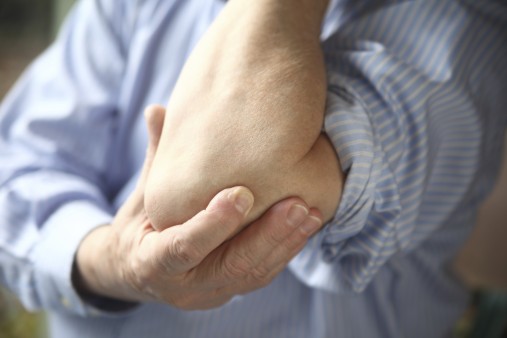 Cryoglobulinemia is a blood disorder caused by abnormal proteins in the blood called cryoglobulins. The cryoglobulins precipitate or clump together when blood is chilled then dissolve when rewarmed. The proteins can be deposited in small and medium-sized blood vessels which can lead to restricted blood flow to joints, muscles, and organs. The term frequently used is essential mixed cryoglobulinemia because the exact cause is unknown. There are three types of cryoglobulinemia – type I, type II and type III. Type I does not have rheumatoid factor activity whereas types II and III have rheumatoid factor activity. Rheumatoid factor is an antibody found in the blood of people afflicted with rheumatoid arthritis (a chronic autoimmune disease characterized by inflammation of the joints).

Additionally, treating the underlying cause—hepatitis C—improves or resolves cryoglobulinemia further establishing the link. Also, cryoglobulinemia is associated with the hepatitis B virus and other liver disorders but to a much lesser extent.

Note: Everyone with hepatitis C should be evaluated and receive HCV treatment. Current treatment is very expensive, and many insurance companies and Medicaid are restricting HCV treatment to people with the most severe HCV disease progression. One of the conditions that qualify people for HCV treatment is symptomatic cryoglobulinemia. Be sure to discuss any symptoms and conditions with your medical providers and have them included in your medical records. If you do not have insurance, you may qualify for free medications through the pharmaceutical patient assistance programs. If you have insurance, there are co-pay assistance programs.

A simple blood test is performed to diagnose cryoglobulinemia, but the blood sample has to be handled carefully – drawing the blood sample at room temperature then cooling it to see if the blood precipitates or clumps together.

This first appeared in the February 2016 mid-month edition of the HCV Advocate, and is reprinted with permission from Alan Franciscus.