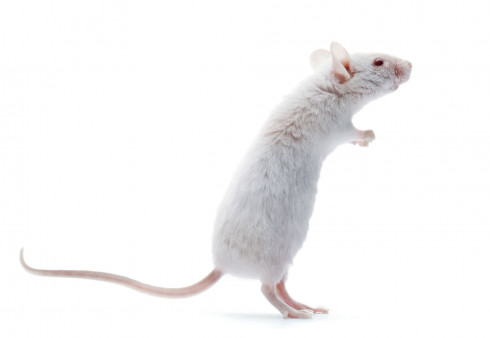 In mice, excessive fructose can lead to a leaky gut and trigger liver inflammation.

Excessive fructose passing through the gut barrier that keeps internal organs safe from bacterial toxins can result in liver inflammation that leads to fatty liver. According to a study in mice published in Nature Metabolism, blocking this process could help prevent the development of non-alcoholic fatty liver disease (NAFLD) and its more severe form, non-alcoholic steatohepatitis (NASH).

Over the last century, consumption of fructose—found in fruits, honey and table sugar—has soared. High-fructose corn syrup is frequently used as a cheaper sugar substitute in processed foods and soft drinks. In the gastrointestinal tract, fructose is metabolized by fructokinase, an enzyme present in both the liver and small intestine, into breakdown products and absorbed before it reaches the liver.

While the gut can handle small amounts of fructose, overconsumption of the sugar can overwhelm it. Excessive intake of fructose, especially in drinks, has been linked to diabetes and NAFLD. Over time, fat accumulation in the liver can lead to cirrhosis and liver cancer. With no effective approved medical therapies, NAFLD management is dependent on lifestyle changes such as weight loss and exercise.

“With the advent of modern biochemistry and metabolic analysis, it became obvious that fructose is two to three times more potent than glucose in increasing liver fat, a condition that triggers NAFLD,” coauthor Michael Karin, PhD, of the University of California, San Diego, said in a press release.

Previous research has shown that metabolizing an excessive amount of fructose can take precedent over producing proteins that help retain the gut barrier. Tightly packed cells covered with mucus line the intestine and keep bacteria and their toxic products from oozing out of the gut into the bloodstream.

Looking to determine how a leaky gut could lead to fatty liver disease, Karin and colleagues randomly fed mice either a high-fructose diet or a normal control diet. In comparison to control mice, those fed high levels of fructose for long periods developed fatty livers, and some even developed liver tumors. These mice also had a weakened gut barrier and high levels of endotoxins, which are released when particular bacteria die, circulating throughout their bodies.

The researchers also found that these endotoxins caused inflammation in the liver and promoted the conversion of sugars to fatty acids. But when fructose consumption was turned down, these deleterious effects also ceased. The team suggested that moderate levels of fructose obtained through natural sources would be easily endured without liver damage.

Further, they found that stalling the degeneration of the gut barrier through pharmaceutical or genetic methods intercepted the deposition of fat in the liver, which prevented both fatty liver disease and liver tumors.

“It is very clear that fructose does its dirty work in the intestine,” said Karin, “and if intestinal barrier deterioration is prevented, the fructose does little harm to the liver.”

Similar mechanisms appeared to be at play in human liver cells. When the researchers added an inflammatory molecule active in mice, called tumor necrosis factor, to human liver cells, they noticed higher amounts of fructose being converted to fat.

Click here to read the study abstract in Nature Metabolism.