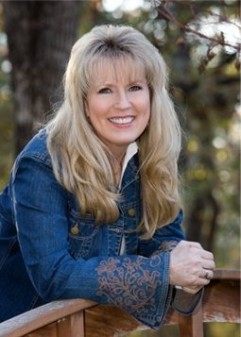 I was diagnosed in 1994 with chronic hepatitis C. God took this tragedy in my life, and turned it into triumph through a long journey with this virus.

In 1992 I had surgery at an outpatient surgical center where a drug user with hepatitis C was working as a scrub tech. When the scrub tech was alone with patients, he shot up with anesthesiology medications intended for the patients. He then refilled the same syringe with normal saline from the patient’s IV bag and placed the syringe back on the anesthesiologist’s tray.

The contaminated syringe was used on the patient for surgery. I was one of 40 victims of this crime. After the surgery, I began to have symptoms associated with liver disease. The source of the infection was discovered later when the scrub tech was caught and arrested, and he confessed. As a result of his actions, rules and procedures for surgical centers and hospitals have changed.

Blood tests and a liver biopsy revealed that I had liver damage as a result of having chronic active hepatitis C, though tests for HIV and autoimmune hepatitis came back negative. The hepatitis C virus strain I had was genotype 1, and I was also diagnosed with the autoimmune disorders hypothyroidism and vitiligo, all of which made fighting the disease more challenging.

In 1995, I underwent hepatitis C treatment using interferon. I did treatment again in 2000, using the combination treatment of peginterferon with ribavirin. Unfortunately neither time was successful, but I knew the Lord had a plan for me. I prayed for his direction. He guided me through the healing process of fear and forgiveness.

During this time I began to study the functions of the liver and the immune system. I learned how important a healthy diet and healthy weight were to help the body fight disease. I wanted to learn how I could be proactive in helping my body fight hepatitis C. I learned many things that took me from feeling out of control, overpowered and defeated to living with real hope.

I learned the benefits of being proactive physically, mentally, emotionally and spiritually. First, I acknowledged that my life is in God’s hands. He alone determines the number of my days, not hepatitis C. And even though I walk in the midst of trouble, He preserves my life (Psalm 138:7 NIV). I learned that hope was alive even through dark times.

In 2011, I became very ill. My liver enzymes and viral load soared. My hepatologist informed me of new treatment recently approved by the FDA. These were protease inhibitors that target the virus cell and interrupt hepatitis C from replicating, eventually destroying the virus. For the first time in hep C history, the chance of a cure was possible. We decided to go for it. My treatment with Incivek (telaprevir), peginterferon and ribavirin was set for April 2012.

I felt led to educate, encourage and help others who battle hep C, and to share my treatment journey. The day my triple therapy began was the day I launched a website, LifeBeyondHepatitisC.com. I honestly didn’t know what my future held, but I held on to my faith in God. He had equipped this domestic engineer into being a hep C warrior.

Treatment was full of good, bad and ugly days, but the results were worth it. The virus was not detected within the first four weeks of treatment, and has remained undetectable ever since. I am cured of hep C! My new diagnosis is “hep C resolved.”

Hepatitis C does not define who you are. Hepatitis C lives with you. You don’t live with it. I learned through difficulties to look beyond the challenges to hope. Through dark times, hope is alive and there is life beyond hepatitis C.

What is your greatest achievement?
Learning to live beyond disappointment and regrets; learning to walk by faith, not by sight.

What is your greatest regret?
Not letting go a lot sooner of mistakes I’ve made

What keeps you up at night?
Creativity and projects I’m working on; my husband says I have too much brain chatter!

If you could change one thing about living with viral hepatitis, what would it be?
The stigma and loneliness others feel due to hep C

What is the best advice you ever received?
Always look for the good in others and love them unconditionally in spite of their faults.

What person in the viral hepatitis community do you most admire?
All hep C warriors who are fighting a hard battle with hep C. A few are Karen Hoyt, Kim Bossley and Lucinda Porter, and all the hep C warriors on our support group at Life Beyond Hepatitis C.

What drives you to do what you do?
Faith, hope and passion to help and encourage others overcome difficulties

What is your motto?
Live thankfully and prayerfully.

If you had to evacuate your house immediately, what is the one thing you would grab on the way out?
Besides my husband and my dog, as many photos as I could grab.

If you could be any animal, what would you be? And why?
My dog, who loves unconditionally and has the life of Riley.