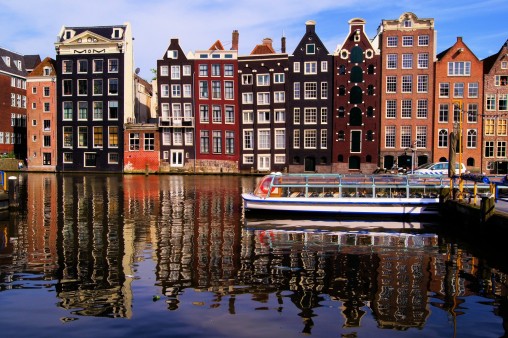 The European Association for the Study of the Liver (EASL) officially opens its fifty-second International Liver Congress (ILC) in Amsterdam today. I am happy to report that the priorities of patient communities are increasingly being recognised at this major scientific meeting, particularly in relation to the worldwide effort to eliminate hepatitis C virus (HCV).

At the beginning of the week, the Correlation Network convened the two-day Hepatitis C Community Summit, where it was great to see senior representatives of EASL and the World Health Organization (WHO) participating in the programme alongside researchers and community delegates. The Summit took a very pragmatic approach to HCV elimination issues, as reflected in the Community Declaration that capped off the event.

What impressed me as much as the Correlation Network’s effort was the scientific community’s interest in capitalising on community knowledge. At a pre-conference workshop jointly hosted by EASL and the International Network on Hepatitis in Substance Users (INHSU), Correlation Network Chair Eberhard Schatz briefed the audience on key themes of the Community Summit.

The most resounding message: members of the most affected communities must be integrally involved in the response to HCV, from the local to the global level.

This is hardly just a matter of principle. I have been struck particularly by what current or former injecting drug users have said about trust. This very non-clinical issue may well be what determines whether HCV is eliminated in people who inject drugs (PWID), one of the groups most heavily hit by the disease.

I say this because some members of that community are quite emphatic about where PWID get their information – not from medical professionals, but from peers. Large numbers of PWID with HCV will only come forward to seek testing and treatment in the coming years if other more knowledgeable PWID assure them that it is safe to do so – i.e. that the new drugs are far more tolerable and more effective than interferon, and that health care providers will show PWID the same respect as other patients.

What can those of us who serve as public health and clinical experts do to make this a shared cause? What might it mean to each of us individually to draw more on the expertise of the most affected communities in our work, as we did in the 2016 Hep-CORE report presented at the Summit? And how can we collectively ensure that their voices are heard throughout and beyond the field of hepatology?