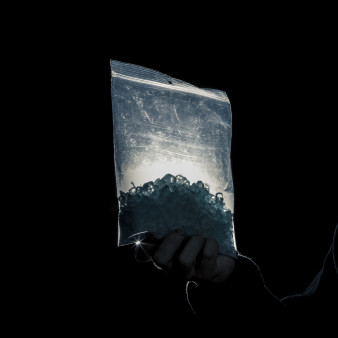 The drugs naltrexone and bupropion are currently approved for other indications.

Treatment combining naltrexone and bupropion was found to be safe and effective in a small group of people who use methamphetamine, according to findings published in The New England Journal of Medicine.

“I believe that this finding, this clinical trial really is a breakthrough in many ways because there have been many, many failed trials,” Lara Ray, PhD, of the University of California, Los Angeles, told NPR.

Methamphetamine rates are skyrocketing in the United States and have especially worsened during the COVID-19 pandemic. Use of the drug has been linked to medical and mental health problems, even resulting in fatal overdoses. A strong stimulant, methamphetamine is killing more people than ever before, sometimes as a result of its being laced with the synthetic opioid fentanyl. What’s more, methamphetamine injection using shared equipment can spread HIV and hepatitis B and C.

Naltrexone is a drug approved to treat opioid use disorder; it is available in oral and injectable formulations (ReVia and Vivitrol, respectively). The antidepressant bupropion (Wellbutrin or Zyban) is an established treatment for major depression and smoking cessation. The use of naltrexone plus bupropion to treat methamphetamine use disorder has not been well studied.

Madhukar Trivedi, MD, of the University of Texas Southwestern Medical Center in Dallas, and colleagues ran a multicenter study to assess the efficacy and safety of injectable naltrexone along with oral bupropion in adults with moderate or severe methamphetamine use disorder.

Conducted between 2017 and 2019, the Accelerated Development of Additive Pharmacotherapy Treatment for Methamphetamine Use Disorder study (NCT03078075) enrolled 403 adults between 18 and 65 years old. White people accounted for some 71% of this population, and about two thirds were men.

For the first part of the study, participants were randomly assigned to receive the drug combination or placebos over the course of six weeks. For the treatment group, this involved the administration of 380 milligrams of naltrexone every three weeks and 450 mg of bupropion every day. At the end of this stage of the study, individuals in the placebo group who showed no response were reassigned to receive either the drug or placebo combination for another six weeks. A total of 403 and 225 participants, respectively, were enrolled in Stages 1 and 2 of the study.

During both stages, the participants turned in multiple urine samples. At the end of either stage, the research team checked whether three out of four urine samples were negative for methamphetamine.

Of the 114 individuals who received the drug combination in the second stage, 13 (11.4%) had a response, while two of the 111 in the placebo group showed a response.

The average response across the two stages was 13.6% with the naltrexone and bupropion combination, compared with 2.5% with the placebo, resulting in a treatment effect of 11.1%.

“This study provides one of the very few medication tools that we have reason to believe is helpful for treating methamphetamine use disorder, so I’m actually quite excited.” Miriam Komaromy, MD, of the Grayken Center for Addiction at Boston Medical Center, told STAT.

In response to a Treatment Effectiveness Assessment questionnaire, the participants in the combination treatment group reported that they experienced fewer drug cravings and had better improvements in their quality of life than those in the placebo group.

Further, the team found that nine individuals with methamphetamine use disorder would need to be treated with the combination therapy for one to respond positively. This number isn’t that far off from current therapies for addiction-related mental health disorders.

Bupropion and naltrexone may work in complementary ways by tackling the dysphoria and euphoric effects of methamphetamine use, respectively. This, in turn, could tamp down on a return to methamphetamine use. While previous research found the two drugs alone had a limited impact, the combination appears to work in a collaborative fashion.

“Long-term methamphetamine misuse has been shown to cause diffuse changes to the brain, which can contribute to severe health consequences beyond addiction itself,” said Trivedi in the press release. “The good news is that some of the structural and neurochemical brain changes are reversed in people who recover, underscoring the importance of identifying new and more effective treatment strategies.”

People who received the naltrexone and bupropion combination reported adverse events such as tremors, malaise, excessive sweating, anorexia and gastrointestinal disorders, according to the researchers. Eight of the 223 individuals (3.6%) who used the drug combination experienced serious adverse events.

Even though only a small proportion of participants responded to the combination therapy, their already-approved status for other indications allows them to be put to use for other, off-label purposes, such as methamphetamine use disorder. Stefan Kertesz, MD, of the University of Alabama at Birmingham, told STAT that he could see the drug combination being offered to individuals seeking to quit methamphetamine use, along with accompanying counseling.

Click here to read the study abstract in The New England Journal of Medicine.

Most People in Homeless Shelters Are Satisfied With Hepatitis C Treatment