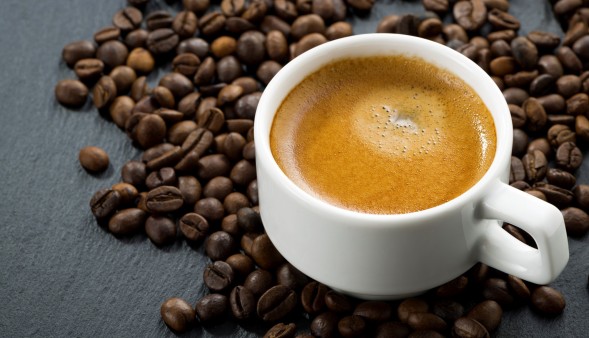 Does Coffee Raise the Risk of Getting Cancer?

Studies suggest it reduces the risk of liver cancer—and possibly other types as well.

The Wall Street Journal and San Diego Union Tribune report that a judge in California is expected to make a ruling soon in a lawsuit about whether coffee is linked to increased cancer risk.

At issue is a 1986 law known as the Safe Drinking Water and Toxic Enforcement Act of 1986 (passed as ballot initiative Proposition 65) that requires warning signs anywhere carcinogens—cancer-causing chemicals—might be present, including restaurants, parking garages and many retail stores. The judge will decide whether places that offer coffee should be included.

The concern is not caffeine but rather a chemical called acrylamide that’s produced during the coffee roasting process. Acrylamide is used in industrial production, is a component of tobacco smoke and is present in foods including French fries, potato chips, bread, cookies, breakfast cereals, canned olives, prune juice and coffee, according to the National Cancer Institute. And it’s one of the hundreds of items on the state’s list of substances that can cause cancer or birth defects.

The case, heard last fall, arises from a lawsuit by The Council for Education and Research on Toxics, which sued dozens of coffee manufacturers and sellers. The plaintiffs argue that technology exists to reduce the amount of acrylamide in coffee without ruining its flavor.

According to the WSJ, “The coffee defendants, including Starbucks and Keurig Green Mountain, argue the trace amounts of acrylamide in coffee are harmless and outweighed by the health benefits of the drink.”

So what does the science say?

Many studies over the years have shown that coffee has a variety of health benefits, especially related to liver health.

A recent review, published in the European Journal of Cancer Prevention, looked at the available evidence on coffee drinking and the risk of all cancers. “Coffee consumption is not associated with overall cancer risk,” authors Gianfranco Alicandro of the University of Milan and colleagues wrote.

One meta-analysis—a type of study that pools data from multiple prior studies to get a larger sample size—reported a pooled relative risk for an additional one cup of coffee per day of 1.00 for all cancers. Relative risk (RR) refers to increased or decreased risk. If people who drink coffee are 50 percent more likely to get cancer, the RR would be 1.5. If they are 50 percent less likely to develop cancer, the RR would be 0.5. A RR of 1.0 means there is no difference. (The Susan G. Komen website has a good explainer on understanding risk.)

Coffee is known to be associated with a reduced risk of liver cancer as well as liver cirrhosis in people with hepatitis B or C. One meta-analysis of cohort studies found an RR of 0.85 per additional daily cup, meaning a 15 percent reduction in risk. Another meta-analysis showed an RR of 0.92 for endometrial cancer, or an 8 percent risk reduction. Some studies found coffee drinkers had a possible decreased risk of oral cancer and advanced prostate cancer. There also “seems to be some favorable effect” of coffee on colorectal cancer risk, according to the authors.

“Although the results of studies are mixed, the overall evidence suggests no association of coffee intake with cancers of the stomach, pancreas, lung, breast, ovary and prostate overall,” the review authors wrote. Data are limited, but RRs were close to 1.0, for cancers of the esophagus, small intestine, gallbladder, skin, kidney, brain and thyroid, soft tissue sarcomas and blood cancers. The only potential evidence of increased risk relate to bladder cancer and childhood leukemia in children of mothers who drink coffee during pregnancy. But here, too, the data are limited and inconsistent.

The World Health Organization’s International Agency for Research on Cancer says coffee is not associated with an increased risk of cancer. However, very hot drinks of any sort may raise the rise of cancer of the esophagus.

As Cancer Research UK explains, the apparent benefits of coffee in reducing the risk of cancer may stem from its overall anti-inflammatory effects, and it may potentially directly protect against DNA damage and slow tumor growth as well.

While more research on coffee and cancer is warranted, for now there seems to be no reason for concern that the tiny amount of acrylamide in coffee is dangerous—so drink up!