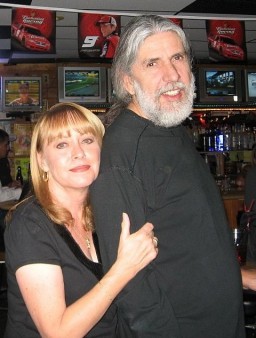 I am telling my husband Bob’s story since I lost him to hepatitis C on Dec. 6, 2014. He was only 63 years old. Bob was a baby boomer who most likely contracted hep C in the mid-1980s. He had no symptoms until the summer of last year, when he noticed that his ankles were swelling. When he was diagnosed in October of 2014, he had hep C plus stage 4 cirrhosis and liver cancer (HCC). He was told that a liver transplant was the only thing that could save his life. However, he didn’t have enough time to go through the process because of the HCC.

Bob passed away only seven weeks after the diagnosis. This experience has left me with the drive to help others to get tested, treated and hopefully get cured. I think some of my friends have gotten tested to shut me up. Hey, if it works, it’s all good.

What is your greatest achievement?
Raising awesome children who are amazing adults

What is your greatest regret?
I don’t have any.

What keeps you up at night?
Missing my husband

If you could change one thing about living with viral hepatitis, what would it be?
I would change the fact that we found out about Bob too late to save him.

What is the best advice you ever received?
Don’t ever lose the fire in your eyes.

What person in the viral hepatitis community do you most admire?
Chrissy Welsh

What drives you to do what you do?
The loss of my husband

What is your motto?
If I can help save you, then Bob’s death doesn’t seem in vain.

If you had to evacuate your house immediately, what is the one thing you would grab on the way out?
My laptop

If you could be any animal, what would you be? And why?
A dog, specifically a Golden Retriever because of their intelligence and loyalty