One year after launching a massive hepatitis C virus (HCV) elimination program with the U.S. Centers for Disease Control and Prevention (CDC), the Cherokee Nation has screened more than 23,000 Cherokee people for the liver virus. Of those screened, about 400 people have tested positive for HCV, and nearly 300 have received treatment, according to a recent press release from the tribe.

The project, which aims to screen 80,000 Cherokees for hepatitis C over the next three years, was announced last fall as part of a major study with the CDC, the Oklahoma Department of Health and the University of Oklahoma. The Gilead Foundation also donated $1.5 million to the project to help with screening and research.

The tribe’s goal is to eliminate hepatitis C entirely within the Cherokee population. The project also aims to get a firm count on the number of Native Americans living with HCV, a figure thought to be much higher than that of the general population.

Over the next two years, the Cherokee Nation will offer free hepatitis C testing in all eight of its health centers across the American Southwest and will treatment to anyone who tests positive for the virus. While the project currently applies only to Cherokee people, health officials say other tribes have begun reaching out over the last year to begin similar projects. 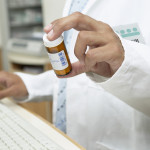