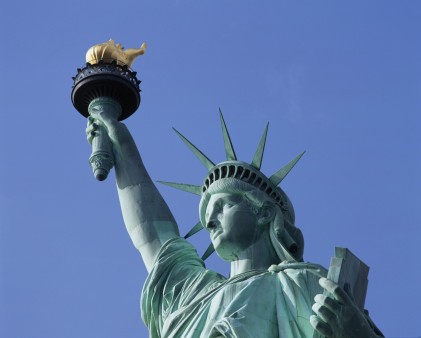 As the United States celebrates its inclusive, democratic heritage this July 4, the world appears to be pulling apart and disregarding the health and welfare of tens of thousands of refugees.

Civil unrest, extremism and poverty are causing thousands to flee the Middle East, Africa and other regions daily. Faced with this humanitarian crisis, some countries and politicians are advocating building walls instead of bridges.

Britain has just voted to leave the European Union. Proponents of “Brexit” shifted the debate away from the economic impact of leaving the E.U. and onto immigration and issues of nationalism. They used the tried-and-true tactic of fear-mongering and blaming outsiders and newcomers for slow economic growth to lure voters to sever their close ties with Europe.

Building walls and ignoring the plight of refugees has terrible human and political consequences. For example, civil unrest helps speed the spread of diseases like hepatitis B around the world. According to estimates,  every year up to 16 million hepatitis B infections (along with 160,000 HIV and 4.7 million hepatitis C infections) result from unsafe injections, many of which are administered in refugee settlements and war zones. In addition to unsafe injections, children don’t get vaccinated against hepatitis B, contributing to the spread of liver disease.

“Developing world conflict and maldistribution of resources remain major contributors to the prevalence of blood-borne viral infection and affect the poor, the young, and the victims of rape in war,” Australian researchers wrote in an article on the impact of war and civil unrest on public health in the journal of Emerging Infectious Diseases.

According to the United Nations High Commission on Refugees, an unprecedented 65.3 million people around the world have been forced from their homes, with 34,000 displaced daily. Among them are nearly 21.3 million refugees — half of whom are children. About 54 percent of today’s refugees come from Syria, Somalia and Afghanistan. All risk infection as they are trafficked or smuggled or transition through refugee camps. We at the foundation have received several emails from desperate refugees diagnosed with hepatitis B in refugee camps with no access to medical care.

When my grandparents came to the U.S. in the early 1900s, it was during a period when there were no walls or fear. Like today’s refugees, they left poverty behind and traveled to a land that promised equal opportunity for all. America was a shining beacon of acceptance and inclusiveness.

As a country, we lose our integrity and our right to say we are among the best in the world if we build walls and forget that we are a country of immigrants. Do you want to promote democracy around the world? Listen to the suffering of others, recognize it, and do your best to bolster the health and welfare of all people of the world. Blind nationalism only make us more isolated. No one wins and many more will die from infections that we can easily prevent.