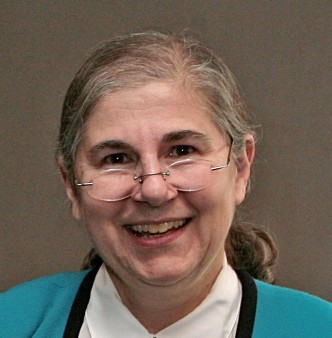 In 2002, my HMO asked everyone who’d had blood transfusions before 1992 to get tested for hepatitis C virus (HCV). Being symptomless, I was stunned by the positive lab result, but after reading about the various ways people get hep C, I was satisfied that the HCV inside of me came from transfusions. That freed me to talk and write about hep C without being silenced by anyone’s attempts to stigmatize me.

Having thoroughly researched the disease, I learned that the treatment used peginterferon and ribavirin. Since I had other medical issues, the treatment would likely worsen my health. It was also unlikely to cure me. I chose to wait until a sufficiently safe treatment came along. Soon afterward, I had a comforting dream that confirmed the decision and provided the necessary patience.

The wait took 13 years. Meanwhile, periodic lab reports showed certain liver enzymes climbing way beyond the normal range. Despite abstaining from alcohol, I had the beginnings of cirrhosis by the time a safe treatment became generally available.

So that you can understand how I was able to avoid panicking, I’ll insert a flashback from 1985: I’m in a predicament in which it sure looks like my life is about to be snuffed out in mere moments. I recall thinking there’s nothing I can do to change the situation, so to my great surprise, I accept my imminent demise. At the instant of that acquiescence, every cell of my body is enveloped in a peace so complete, I’ve never again been afraid to die. Now don’t get me wrong: the ancient part of my brain still goes into fight-or-flight mode whenever I perceive a threat—that’s instinctual. But, I can simultaneously look forward to the possibility of having more time, yet be ready to depart without feeling cheated if a longer life isn’t forthcoming.

Right now, I’m nearing the end of treatment. The few side effects have been minor. Whether or not I obtain a sustained virologic response, my liver is getting a chance to rest from HCV’s onslaught. If this treatment doesn’t cure me, I’ll do what I did the first time: listen for the wisdom that resides deep within my center, far from my ego-bound mind. If necessary, I’ll wait—there’s plenty to relish in the interim. Every day invites me to live, love, give, receiveand savor life’s many moments of grace.

What is your greatest regret?
I’ve found it best to apologize as soon as I’ve learned I’ve erred or hurt someone and to accept being human. That eliminates regrets.

What keeps you up at night?
Bursts of creativity and trips to the bathroom, given all the fluids I’m drinking during treatment

If you could change one thing about living with viral hepatitis, what would it be?
To have a system in which doctors aren’t harried, insurers are nonprofits, and pharmaceutical companies don’t try to please greedy stockholders!

What is the best advice you ever received?
“If the only prayer you say in your life is ‘thank you,’ that would suffice.” —Meister Eckhart

What person in the viral hepatitis community do you most admire?
Any hepatitis specialist who didn’t burn out during the decades when cures were rare and side effects were dreadful. Everyone who endured those early treatments.

What drives you to do what you do?
Trust in the source of all creativity. That plus curiosity.

What is your motto?
Wisdom dwells within.

If you had to evacuate your house immediately, what is the one thing you would grab on the way out?
Assuming my spouse is ambulatory, I’d probably instinctively grab my purse; it contains multitudes.

If you could be any animal, what would you be? And why?
Any of them. They’re all innately good at being completely themselves. I’m still learning how to unlearn enough to be that way.