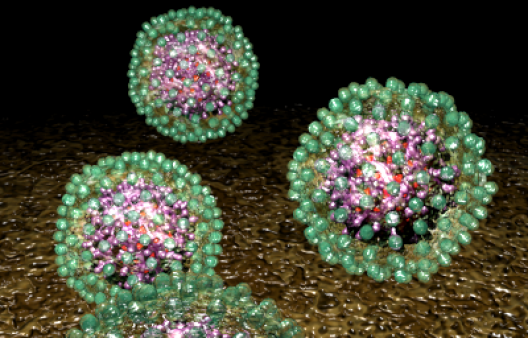 The new drug reduced HDV viral load and lowered liver enzyme levels in people with hepatitis B and D.

“As the most severe form of viral hepatitis, HDV presents a significant disease burden with high health care-related costs and, until recently, no approved treatment options,” Heiner Wedemeyer, MD, of Hannover Medical School in Germany, said in a Gilead Sciences press release. “These results presented at ILC 2022 not only highlight the important clinical role that bulevirtide has to play as a safe and effective treatment option for chronic HDV, but critically also demonstrate that with prolonged treatment, we can achieve higher response rates so we can better manage this rare, life-threatening disease in more people.”

Hepatitis delta is a defective virus that can only replicate in the presence of hepatitis B virus (HBV). It is estimated that around 3% of people with HBV—about 15 million people worldwide—also have HDV, but accurate numbers are hard to come by due to limited testing.

Over time, chronic hepatitis B can lead to severe liver disease, and people with hepatitis B and D coinfection experience more aggressive disease progression than those with HBV alone. People living with both viruses develop cirrhosis at a younger age and are more likely to develop liver cancer or need a liver transplant, according to Wedemeyer.

Gilead’s bulevirtide is a first-in-class entry inhibitor that blocks surface receptors that HBV and HDV use to enter liver cells. By interfering with the hepatitis B lifecycle, the drug thereby also prevents HDV replication. The European Medicines Agency (EMA) granted conditional approval of bulevirtide as the first-ever treatment for hepatitis D in July 2020. An application for approval by the Food and Drug Administration is currently pending.

Wedemeyer presented the latest results from the Phase III MYR301 trial (NCT03852719), which enrolled 150 adults with chronic hepatitis B and D in Europe and Russia. Nearly 60% were men, most were white and the mean age was approximately 42. They had elevated ALT liver enzyme levels, and nearly half had cirrhosis. More than half had previously received interferon therapy, and about 60% were using HBV nucleoside analogue antivirals, such as Epivir (lamivudine), Viread (tenofovir disoproxil fumarate) or Baraclude (entecavir).

The participants were randomly assigned to receive immediate treatment with once-daily injections of 2 milligrams (the EMA-approved dose) or 10 mg of bulevirtide or to delay treatment for 48 weeks. The study is ongoing; the delayed treatment arm will start on the 10 mg dose of bulevirtide, and all groups will continue treatment through week 144 with an additional 96 weeks of post-treatment follow-up.

At last year’s ILC, Wedemeyer reported interim data at 24 weeks, showing that 55% of people in the 2 mg bulevirtide group and 68% in the 10 mg group either achieved an undetectable plasma HDV viral load or experienced at least a 2-log decrease in HDV RNA from baseline, compared with just 4% in the delayed treatment arm. The likelihood of reaching a combined endpoint of virological response and ALT normalization was 37% in the 2 mg group and 28% in the 10 mg group, but no one in the delayed treatment arm did so.

The longer-term data presented at this year’s meeting showed that responses improved with further treatment. At 48 weeks, 71% of people in the 2 mg bulevirtide group and 76% in the 10 mg group met the virological endpoint, including 12% and 20%, respectively, with an undetectable HDV viral load. More than half (51% and 56%, respectively) achieved normal ALT levels. (Another analysis, presented at the Liver Meeting last fall, showed that HDV RNA levels within the liver steeply declined in a subgroup of 66 people who underwent paired liver biopsies.)

Looking at the combined primary endpoint, 45% in the 2 mg bulevirtide group and 48% in the 10 mg group achieved both viral load reduction and ALT normalization, as did 2% in the delayed treatment arm. Treatment benefits were generally consistent across all patient subgroups, Wedemeyer reported. In addition, liver stiffness (a measure of fibrosis) improved by about 3% in the two bulevirtide dose groups while worsening slightly in the delayed treatment arm.

Bulevirtide was safe and generally well tolerated. Serious adverse events were rare, and no one discontinued treatment due to side effects. Injection site reactions, which were mostly mild to moderate, occurred twice as often in the higher-dose group (16% vs 30%). Bulevirtide blocks a bile salt transporter, and bile salt increases were common, but no one taking either dose experienced symptomatic elevations.

Based on these findings, the 10 mg dose of bulevirtide does not appear to work better overall than the 2 mg dose approved by the EMA, Wedemeyer said. He also noted that bulevirtide had little effect on hepatitis B. Small declines in HBV DNA were seen in people who were not taking nucleoside analogues, but no one achieved a functional cure (HBsAg loss). Remaining question include how long treatment with bulevirtide should last and whether combining it with interferon leads to better outcomes.

Another analysis from the same trial, presented by Maria Buti, MD, PhD, of Hospital Universitario Valle Hebron in Barcelona, showed that study participants treated with the 2 mg dose of bulevirtide reported greater improvements in a variety of measures of health-related quality of life compared with the delayed treatment arm, including general health, physical and social functioning, mental health, vitality, pain and hepatitis-specific limitations and health distress.

What’s more, an analysis of the French BuleDelta cohort showed that the good outcomes seen in clinical trials can also be achieved in the real world.

This analysis included 115 people with HDV who had been treated with bulevirtide since September 2019. Most (70%) were men, but the participants were more diverse than those in the MYR301 trial (43% African, 29% Asian and 26% European descent). Just over half had cirrhosis. About 80% were taking nucleoside analogues, and 50 received interferon in addition to bulevirtide.

Overall, 58% achieved at least a 2-log decline in HDV RNA—including 24% with an undetectable HDV viral load—and 46% experienced ALT normalization by 24 weeks. About a quarter met both endpoints. Virological response rates were substantially higher among people who also received interferon, but ALT normalization was more likely in those who did not. The combined virological and ALT response rates were 34% in the bulevirtide plus interferon group and 17% in the non-interferon group.

In a subgroup of 55 people with 48-week data available, virological response rates were 85% with bulevirtide plus interferon and 69% without interferon. ALT normalization rates were 39% and 61%, respectively, yielding corresponding combined response rates of 35% and 31%.

However, adverse events were more common in the real-world cohort compared with the clinical trial. Fifteen people (12%) experienced serious adverse events attributed to bulevirtide—which were similarly likely with or without interferon—and 13 temporarily or permanently discontinued bulevirtide, interferon or both.

Until recently, a majority of patients with hepatitis D could not be treated at all, but “this has changed completely” with the advent of bulevirtide, Wedemeyer said during an ILC media briefing. “For us in the hepatitis D field, it’s really exciting times, and it’s game-changing for patients.”