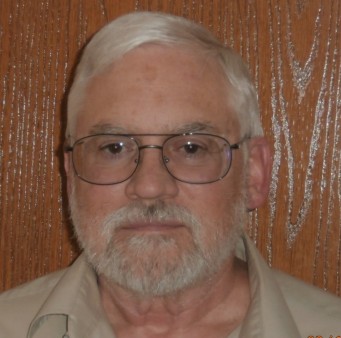 I am 48 years old, married for 21 years with two children; both are hepatitis C-negative. I live near Centralia, Missouri, on a small farm. I was diagnosed with hep B in Germany in 1974, while serving in the Army. However, the Army never actually tested me and I have no antibodies (hmmm). I was hospitalized for 45 days and told I was cured. In November 1989, I went to the emergency room with chest pain and weakness. I wasn’t having a heart attack, but was experiencing a lot of liver pain. My ALT (a measurement of inflammation in the liver) was greater than 1,000. The doctor I was referred to had just returned from a seminar on hepatitis and learned about the interferon trials. I started the trials in January 1989, and spent the next year and a half on and off interferon. I did well on it, but relapsed within a few weeks of stopping. In 1997, my doctor put me on interferon for a year. My viral load was greater than 5 million. After a year, I stopped interferon. Three weeks later, my viral load was 2 million. The combo hep C treatment using interferon with ribavirin was approved on July 18, and I started July 20, 1998.

While on the combo, I had a variety of side effects including fatigue, anemia, depression, joint pain, weight loss and flu-like symptoms. One of the worst side effects was an extremely short temper. Luckily, I have a great family and they put up with me. After the first few months, these side effects decreased greatly, except for the anemia. I couldn’t walk up a flight of stairs without becoming out of breath. I always took my shots right before I went to bed and that seemed to help.

On May 30, 1999, I stopped the combo; my enzymes are still normal and my viral load on July 1, 1999 was nondetectable. Today I remain virus-free. I have had several biopsies. When I was first diagnosed in 1989, I had mild fibrosis and mild scarring. In 1997, it had advanced to grade 2 inflammation and stage 3 fibrosis. I had a liver biopsy in December 2002, three and a half years after treatment, and it showed no inflammation and stage 0-1 fibrosis! A big change from the periportal bridging I had five years earlier!

I am not sure how I got infected, as I have a couple of risk factors. In September 1973, I received the Army vaccinations with the “jet injectors,” and later that year I used IV drugs. So, which came first, the chicken or the egg?

I am a medical technologist working in molecular pathology, where I do the testing for hep C. I have been a patient advocate, and active in a number of nonprofit groups. I started with the United States Hepatitis Alliance as a state chairperson. I later became the president. In 2000, the group dissolved and I joined Frontline Hepatitis as vice president. In December 2001, I left Frontline and formed my own not-for-profit corporation, Missouri Hepatitis C Alliance. We now have three support groups going: Columbia, Jefferson City, and Osage Beach Missouri. We joined the National Hepatitis C Advocacy Council (NHACC). The council helped sponsor the HCV Bill, SB 521 and HR 1290.

I have been active with the NHACC and was elected the membership chair in 2003. In 2005, I was elected as the president-elect of the council, and have been on the executive board since 2003.

In April 2005, while working with RAIN of Central Missouri, I started the HCV/HIV Early Intervention Program.  This program provides free testing for HCV in 40 counties of Missouri.  For those who test positive, we offer viral load and genotype testing, followed by referral to a physician. At the end of our first year, we had tested 632 people at risk for HCV and found 187 people with the virus. Ten years later, we are offering free HCV testing in 78 counties of Missouri. In 2013 we tested 3,500 people and found 625 were infected with hepatitis C.

What is your greatest achievement?
Founding and maintaining the Hep C Alliance for 15 years

What is your greatest regret?
I was on and off treatment for 10 years, and it was not fair to my children or my wife.

What keeps you up at night?
Wondering where the next grant is coming from

What is the best advice you ever received?
If you wake up every morning hating to go to your job, change it; I am still waking up loving my job.

What person in the viral hepatitis community do you most admire?
Lorren Sandt

What drives you to do what you do?
I am tired of losing friends to this disease.

If you had to evacuate your house immediately, what is the one thing you would grab on the way out?
My pets

If you could be any animal, what would you be? And why?
A cat, so I could lounge around and be served