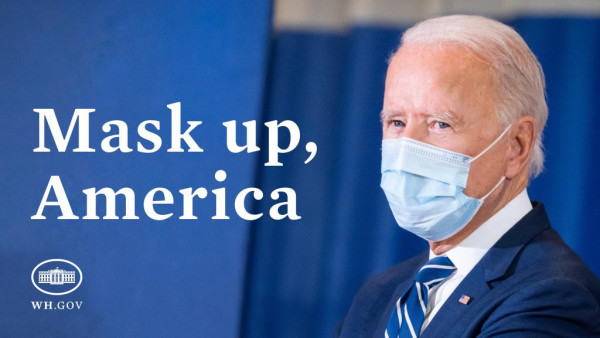 A slow vaccine rollout and the emergence of new coronavirus mutations threaten progress in reducing new cases and death.

A week after his inauguration, President Joe Biden has hit the ground running in response to the COVID-19 pandemic, but the new administration faces formidable challenges, including an inadequate supply of vaccines and emerging coronavirus variants that could render them less effective.

“A once-in-a century virus silently stalks the country. It’s taken as many lives in one year as America lost in all of World War II,” Biden said in his January 20 inaugural address. “We are entering what may well be the toughest and deadliest period of the virus. We must set aside the politics and finally face this pandemic as one nation.”

First, the good news: COVID-19 cases are falling nationwide. At a White House press briefing this week, Centers for Disease Control and Prevention (CDC) director Rochelle Walensky, MD, said that new cases declined by 21% over the past week. The death rate remains high—the administration warned that as many as 90,000 more people could die by the end of February—but declines in hospitalizations and deaths typically trail falling cases by a couple of weeks.

On his first day in office, Biden signed a set of executive orders, many of them reversing policies implemented by Donald Trump, and he cancelled the pending withdrawal of the United States from the World Health Organization (WHO).

Yesterday, President Biden reversed the United States’ withdrawal from the World Health Organization. And this morning, Dr. Fauci joined his first meeting as the head of our delegation. Here’s what he said: pic.twitter.com/yvv2ojcfXh

The following day, Biden’s chief medical adviser Anthony Fauci, MD, director of the National Institute of Allergy and Infectious Diseases, told the WHO executive board, “[T]he United States stands ready to work in partnership and solidarity to support the international COVID-19 response, mitigate its impact on the world, strengthen our institutions, advance epidemic preparedness for the future, and improve the health and well-being of all people throughout the world.” Fauci also indicated that the United States would participate in the COVAX initiative, a global effort to provide COVID-19 treatments and vaccines in low-income countries.

The same day, Fauci told reporters at the administration’s first White House press briefing that it was a “liberating feeling” to be able to discuss COVID-19 without fear of repercussions from Trump.

Biden has challenged all Americans to wear face masks during his first 100 days in office in an effort to curb the spread of COVID-19. But in some settings, this will not be optional. One new executive order requires on-duty federal employees and other individuals in federal buildings and on federal lands to wear masks, while another order mandates masks in airports and on planes, trains and intercity buses. Broader mask mandates fall under the purview of state governors. International travelers will be required to provide proof of a recent negative coronavirus test and comply with CDC self-quarantine guidelines.

A week later, Biden signed an order to open a special enrollment period for the Affordable Care Act (February 15 through May 15), giving people who lost employer-based health insurance another chance to participate in the federal program.

On his second day in office, the Biden administration released a new COVID-19 strategy, expanding on the plan offered in late November.

We are building a partnership with the American people to confront COVID-19.

A partnership rooted in transparency and science.

And together, we will mount an effective response to the pandemic that gets us all back to our lives and loved ones: https://t.co/msJ4ut25L3

The effort to restore trust includes regular public briefings on COVID-19 led by scientific experts and clear, evidence-based public health guidance, both for individuals about personal precautions and for communities around issues such as stay-at-home orders and school closures. What’s more the plan will provide emergency funding for state and local governments, schools and small businesses to help them comply with such recommendations.

Biden has set a goal of 100 million vaccine doses to be given during his first 100 days in office. His vaccination plan calls for community vaccination centers supported by the Federal Emergency Management Agency and the National Guard, mobile vaccination clinics to reach underserved urban and rural populations, and expanded partnerships with pharmacies and Federally Qualified Health Centers.

Efforts to accomplish the third goal include ensuring wider access to free COVID-19 testing by doubling the number of drive-through test sites, investing in at-home and rapid tests and creating a new public health jobs corps to carry out contact tracing and other tasks. In addition, Biden has asked the Occupational Safety and Health Administration to come up with stronger guidelines to protect workers.

The plan aims to protect older individuals and others at risk and to ensure they have equitable access to testing, vaccines and funding. To that end, Biden has established a COVID-19 Health Equity Taskforce, to be headed by Marcella Nunez-Smith, MD, MHS, of Yale University.

To implement the strategy,Biden has proposed a $1.9 trillion pandemic relief package, which includes direct stimulus payments to individuals, but it faces stiff opposition fromRepublicans—and a few Democrats—in the Congress.

The COVID-19 vaccine rollout has proceeded more slowly than initially projected by the director of Operation Warp Speed, the Trump administration’s vaccine development program. As of January 28, just over 27 million doses have been administered, according to Bloomberg’s vaccine tracker.

So far two vaccines, from Pfizer/BioNTech and Moderna, have been authorized by the Food and Drug Administration. Both vaccines require two doses, ideally given three or four weeks apart. In clinical trials, these vaccines were, respectively, 95% and 94% effective. The Pfizer/BioNTech vaccine has also demonstrated real-world effectiveness in Israel, reducing infections by 92%, according to the Times of Israel.

But health officials had hoped that, by this time, more vaccines would be available to augment the total supply.

Already approved in the United Kingdom and several other countries, a vaccine from AstraZeneca and the University of Oxford is still in a Phase III study in the United States, after unexplained results were reported in other late-stage trials. Janssen, the only company developing a single-shot vaccine, is expected to announce Phase III trial results any day now. A vaccine from Novavax is also in the final stages of testing. The company announced this week that it was 89% in a U.K. trial, approaching the effectiveness of the Pfizer/BioNTech and Moderna vaccines.

Administration officials said they found the existing vaccine distribution effort in disarray, forcing them to essentially start from scratch. “[T]he vaccine program is in worse shape than we anticipated or expected,”

Biden said this week. As previously reported, there is no remaining federal stockpile of vaccines, and doses are being distributed to states right off the production line.

Speeding up the vaccine rollout is especially urgent given the emergence of new, more transmissible SARS-CoV-2 variants. These new strains have various mutations in the spike protein that the coronavirus uses to enter human cells.

But it’s a race against time, because the longer SARS-CoV-2 is able to circulate in unprotected populations, the greater the odds that new perhaps more resistant mutations will evolve.

The new administration is working hard to increase the vaccine supply. Biden announced this week that his team is in negotiations to purchase 100 million additional doses each of the Pfizer/BioNTech and Moderna vaccines, enough to fully vaccinate 300 Americans by the end of the summer or the beginning of the fall. He will also take extraordinary measures to increase production of syringes, personal protective equipment and other supplies.

“This is a wartime undertaking; it’s not hyperbole,” Biden said. “[W]e’re using the Defense Production Act to launch a full-scale, wartime effort to address the supply shortages we inherited from the previous administration.”

Nice @NewYorker piece by @DhruvKhullar on where we are as Biden & team try to turn Covid battleship around. So far: gr8 people & communication, & comprehensive plan. But that’s the easy part – big question is: can they pull off a cultural & political reset https://t.co/LLYaqvmvee 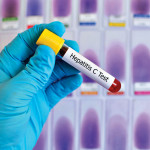