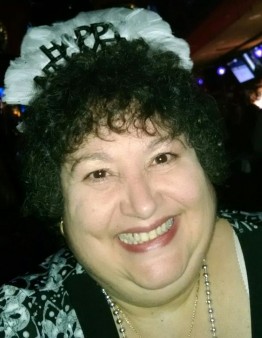 In 2005, my doctor ran a full blood test and learned that I had hepatitis C. I was referred to a specialist. To say I was traumatized by the diagnosis is an understatement. In 2010, I went on the triple treatment. It almost killed me. I had injections to stimulate white blood cell growth and two blood transfusions. I could barely walk. After almost five months, they stopped my treatment. I was devastated and inconsolable. It was the hardest time of my life.

Around Christmas 2014, I got another chance with Harvoni. It was a success! My six-month post-treatment hep C viral load came back non-detectable. I am CURED. I will admit I’m still tired and achy, but my nightmares have stopped. I don’t feel dirty or contagious anymore. I am so grateful for the love and support of my husband and my family.

What is your greatest achievement?
Going through the hepatitis C treatments, praying and getting cured in April 2015

What is your greatest regret?
I regret how shamed, embarrassed and dirty I felt. I lied about having it and totally withdrew from everyone.

What keeps you up at night?
The fear that the nightmare would never end

If you could change one thing about living with viral hepatitis, what would it be?
The fear of being contagious; I was so scared of bleeding and being intimate.

What is the best advice you ever received?
Don’t hate yourself; hate the disease.

What person in the viral hepatitis community do you most admire?
Lucinda Porter was the first person to reach out and talk to me during my scariest moments.

What drives you to do what you do?
The love of my family

What is your motto?
It is what it is.

If you had to evacuate your house immediately, what is the one thing you would grab on the way out?
My medication and purse would be the first things I would grab.