A photographer helps his mom get cured of hep C after reading Hep magazine.

By the mid-2000s, Connie Dewbre was in her 60s and had nearly died of complications from living long term with hepatitis C virus (HCV) as well as from the brutal interferon therapy she had used to try to cure it—in vain.

By that point, she was living off disability insurance. Her son, Eric McNatt, a photographer, had moved from New York City back to their hometown of Brownwood, Texas, to take care of her. She had given up booze and cigarettes and had taken up a liver-healthy Mediterranean diet. One doctor told her she had about five years to live.

But another doctor, a resident from New York, gave her a heads-up. “He said, ‘Don’t get discouraged—there are new drugs coming,’” remembers Dewbre, 72, a retired administrator at a youth prison. “He told me to watch the internet. ‘You’ll live to see this in your lifetime,’ he said. That was uplifting to hear when I was very depressed.”

Ultimately, that doctor was right. But first, Dewbre would have a long hard road to tread. Born in Brownwood, she went to college and lived for several years in Arizona, where she got married before moving back home to take care of her parents and give birth to McNatt in 1971. While pregnant, she hemorrhaged and was given a lot of blood. That’s how she figures she contracted HCV, which wasn’t even discovered until 1989.

In the ensuing years, she found that she was tired all the time but didn’t know why. A doctor told her he thought she had some kind of unidentifiable hepatitis. By 1990, she was so sick that she started breaking out in hives. “I went to a specialist in Austin, and he took one look at me and said, ‘You have hep C—I know it.’” He put her on interferon, the standard treatment at the time, known for its harsh side effects and low cure rates.

“It was hell,” Dewbre recalls. “I know now that I’m highly allergic to interferon. I’d lay in bed unable to move, curled up in a fetal position. My mother had to come take care of me.” (Dewbre’s husband was working in another city.) “Thank God for Granny,” she says. “She’s still alive at 95.”

When that doctor told her she was cured, she moved to Waco to be with her husband and found work. Eventually, they divorced, and she moved back to Brownwood, where she became an administrator at the local youth prison. (“I’m tiny, and people would ask me how I handled those kids, but most of the young men there were very polite.”)

But in 2006, she was told that she still had HCV. She went on interferon again but couldn’t take it and quit after a month. Yet a year later, she made herself take it again after a doctor told her she had Stage 4 liver disease. “That’s when I almost died,” she recalls. “I’d been taking interferon for a week and kept getting weaker, almost comatose. My sister took me to the hospital in Fredericksburg, where they didn’t think I’d live through the night. It was the first time I’d seen my doctor cry. She said, ‘Connie, you’re going to a better place.’”

But, miraculously, she lived and woke up in the intensive care unit the next morning to find McNatt, who’d flown from New York, and her niece at her bedside. “You’re not supposed to be alive,” her niece said. “I dressed for a funeral!’”

Dehydrated from the interferon, Dewbre was in the ICU for eight days. After that, McNatt decided to stay in Texas and take care of her. “I think that stalled his career, but he wasn’t going to leave me with a home health aide,” she says.

In the ensuing years, Dewbre was unable to work and went back on disability. That’s when she adopted the Mediterranean diet, which stresses vegetables, legumes and healthy oils and rules out red meat and fried foods, which do a number on the liver.

She also kicked alcohol and cigarettes. “Instead, I ate sugar,” she laughs. “I’m no longer real tiny—just short!” 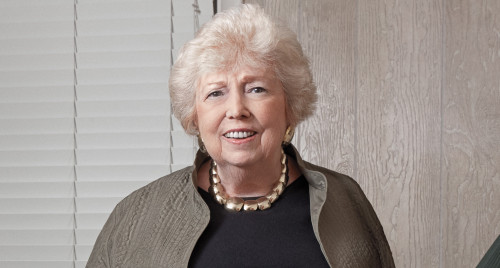 It was actually McNatt who, in 2013, encouraged his mom to consider taking HCV treatment again after reading on the Hep magazine site, HepMag.com, that the new hep C drug Sovaldi (sofosbuvir) had just been approved by the Food and Drug Administration.

A few months later, on Valentine’s Day 2014, under the care of Brownwood’s Gary Butka, MD, Dewbre started taking Sovaldi and velpatasvir-—now available in the combination regimen Epclusa—paid for by her Medicare.

Traumatized by her past experiences with interferon, Dewbre asked Butka what she should do if she got sick. “He said, ‘Don’t worry, you’ll feel fine,’” she recalls. And she did—except when she ate sugar, which made her throw up. But one month later, she tested undetectable for HCV in her blood.

She felt fine throughout her treatment and even flew to Arizona to spend two weeks with friends she hadn’t been able to visit for 20 years because of her sickness. And she’s been hep C–free ever since.

Since then, Dewbre says, “I take care of my mother and do what I can to help people I went to high school with. We share books and meals, get together monthly. I try to do things to make my life nice. I can walk—that’s a big one!”

“I also get out and drive,” she says. “I took my cat [17-year-old blue-eyed, white-coated Petey] to the vet this morning when the sun was coming up, and I just felt so glad to be alive,” she says. “It was so important to have my son and mother to care for me.”

McNatt, 46, who is back working as a photographer in New York (he photographed his mom for this story) says, “I’m grateful that my mother and I have this extra time. So much of her life was dictated by her bad health. It caused her a lot of stress as a single mom. But she stuck it out and kept fighting, and she made it.”

Dewbre urges others facing HCV treatment not to be afraid. “Work to make sure your insurance will cover it and make sure you have someone to hold your hand or talk to on the phone to remind you this is a great opportunity in your life. I had no idea how much energy and alertness hepatitis took away from me. I had to cut out a lot of things I enjoyed, like dancing.”

Not anymore. When her old Arizona friends visit her soon, they’ll be two-stepping at the annual Outlaws and Legends Music Festival in Abilene. “My story has a happy ending,” she notes. “I never really planned on living this long, and I’m really glad to be alive.”