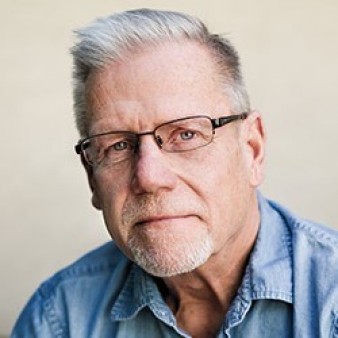 In 1994, I was feeling the symptoms of hepatitis C, but didn’t know I had it. I had moderate to severe fatigue and other mild flu-like symptoms. I had many tests over a two-year period with no medical explanation for the fatigue and other symptoms. It was really frustrating because I thought I had a bizarre disease that no one knew anything about. I’ll never forget the day when I had a doctor’s appointment with my new primary care physician. After explaining my symptoms, he ordered blood work, including a hepatitis C antibody test. I had never heard of hepatitis C, but luckily, he had. A week or so later I received my test results, confirming I had hepatitis C. Of course, I was devastated by the news, but in some ways, it was a relief to finally find out what was causing the severe fatigue.

About three months after I was diagnosed, I decided to try treatment with interferon monotherapy. This was before interferon was pegylated, so I had to give myself three weekly injections. I was on treatment for a year, but I did not achieve a sustained virologic response (SVR). In fact, my viral load never reached a point where it was undetectable during treatment. I had many side effects. The first evening, I had severe chills and a fever. After a while, the physical side effects such as the flu-like symptoms seemed to diminish somewhat—at least to the point where I could handle them. However, the psychological side effects (anger and depression) slowly became worse. After about three months, my doctor started me on antidepressant therapy. I began to meditate regularly, and between the meditation and the antidepressants, I felt better and was able to finish treatment.

Looking back, I wished that I had been more educated about the chances for a successful treatment with monotherapy because I am not sure I would have tried it. I only had a 9 percent chance of achieving an SVR. However, even though it didn’t eradicate the virus, treatment did help with the fatigue, at least for a while.

Eventually the fatigue returned, so in 1999 I decided to try high daily dosing of non-pegylated interferon. At first, there was a dramatic reduction in my viral load, but after 10 months the virus came back, so I stopped therapy. Again, my energy level dramatically improved, but over the next couple of years the extreme fatigue came back, along with other symptoms such as brain fog, lack of concentration, difficulty with mental retention and other annoying problems. Surprisingly, the side effects of high daily dosing didn’t seem that much worse than when I took interferon three times a week. I think this might be because of what I learned the first time about managing side effects. I also started on antidepressants a couple of months before I started therapy.

In late 2002, I decided that I wanted to try pegylated interferon plus ribavirin. My viral load began to drop, but not as quickly as I had hoped. After about three months, I had a 2-log drop in my viral load, so I was well on my way. At about the nine-month mark, I began to do some research on treatment duration for people who had characteristics similar to me—older, genotype 1, high viral load, had HCV for a long period of time. The data suggested that I should be treated for a longer period. After consulting with my doctor, we decided to extend the treatment from 48 weeks to 72 weeks.

The side effects of pegylated interferon plus ribavirin were much less than the side effects I had experienced during the first two courses of therapy. In fact, the morning after the first shot I felt so good that I wondered if I had taken the drug at all! That slowly changed, and by the third month, the side effects became worse, but I was able to manage them fairly effectively. My blood chemistries looked pretty good throughout therapy, except that eventually I developed anemia. I am very fortunate to have insurance to cover all of my medications including erythropoietin (EPO) to stimulate red blood cell growth. EPO worked wonders for the anemia and the related fatigue, allowing me to finish treatment.

One of the strategies I put into place was to have a good support system well before I started therapy. I relied a lot on my friends and family for support. The side effects were managed aggressively, with early intervention to prevent them from becoming worse. I am fortunate that I love the work that I do for the Hepatitis C Support Project. This really helped to distract me from the side effects. Don’t get me wrong—it wasn’t a walk in the park, especially since I was trying to run a nonprofit agency. I traveled extensively during this period and logged about 100,000 air miles. However, I made it through and it was well worth it.

It’s been many years since I finished treatment and I am still negative for the hepatitis C virus. It was fantastic news that the virus was out of my body. I only wish that everyone with hepatitis C could experience the feeling of beating HCV. It took a while, but the side effects gradually went away and I began to feel better. The hepatitis C symptoms that I had been experiencing for so long also started to get better. Slowly, my energy returned. In fact, my energy level is better than it has been in 10 years, and most of the hepatitis C flu-like symptoms have gone away. Best of all, I now feel clear-headed and I feel a general calmness that I haven’t experienced in years. This is a big difference from the way I felt before treatment.

Many issues come up after successful treatment. One of the most frequent questions people ask is if they can drink alcohol again. For me, this was a no-brainer. I’m in recovery, so drinking again is not an option. Unfortunately, there is no data on whether someone who achieves an SVR can drink alcohol. Until there is significant data on this issue, the general recommendation is to abstain from alcohol.

Another big issue is blood. Should I cover my wounds or take precautions if blood is present? Definitely. Always be cautious where there is any blood present, whether it’s yours or someone else’s.

Feeling infectious is probably one of the strongest emotions that almost everyone with hepatitis C feels, especially after being newly diagnosed. I used to be so concerned when my blood was present that I would needlessly become almost hysterical about it. I still believe and practice safety precautions in the presence of blood. However, there is a big difference between common safety precautions and knowing that you have infected blood that could potentially infect another person.

Do I feel like I will live longer without hepatitis C? Yes, but more importantly, I feel that I will not have to suffer with the severe fatigue or the other symptoms of hepatitis C. For me, the decreased quality of life and suffering was worse than the idea that I might die from hepatitis C.

My advice to someone who is thinking about treatment is to research hepatitis C treatment medications. If you decide to start treatment, set up personal and medical support well in advance. Another strategy that helped was finding something that I enjoyed, which distracted me from the side effects. Probably the best advice I can give is to take treatment one day at a time.

“But let us remember, we cannot wait for others to tell our stories. We must remain visible, vocal, and unified.” —Yvettte Sangster and Ed Kramer

Editor’s Note: Alan was featured in the winter 2014 issue of Hep magazine. He is the founder and editor-in-chief of the HCV Advocate.

What is your greatest achievement?
Without a doubt starting the Hepatitis C Support Project and HCV Advocate

What is your greatest regret?
I don’t really have any regrets, but I do wish I would have kept up more with some friends.

What keeps you up at night?
Holding it all together

If you could change one thing about living with viral hepatitis, what would it be?
Living without it

What is the best advice you ever received?
Just keep doing what you think is right and ignore the naysayers.

What person in the viral hepatitis community do you most admire?
In terms of what they accomplish—Jules Levin is amazing!

What drives you to do what you do?
The desire to help people and make a difference

What is your motto?
Get tested. Get treated. Get cured.

If you had to evacuate your house immediately, what is the one thing you would grab on the way out?
My dogs 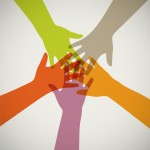 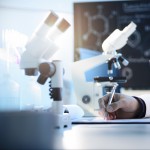 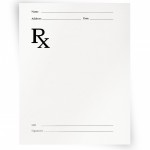 What the Heck are RAVs?