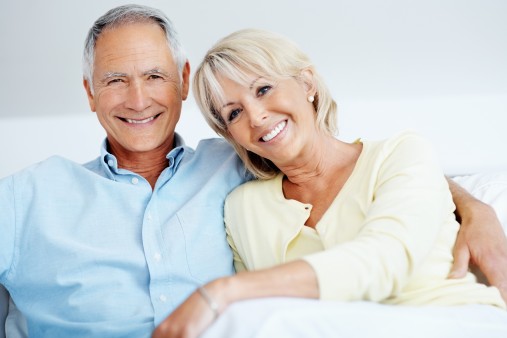 Baby boomers—people born between 1945 and 1965—have the highest rate of hepatitis C in the United States.

Because the early stages of hepatitis C often cause no symptoms, many people who were infected decades ago are unaware that they have it. Although the Centers for Disease Control and Prevention (CDC) recommends that all baby boomers get tested for hepatitis C virus (HCV), screening rates remain low.

Older people with hepatitis C have some disadvantages compared with younger people. HCV can cause severe liver disease, including cirrhosis and liver cancer, but because this usually takes a long time, people infected many years ago are just now reaching the age at which they are developing serious liver problems. What’s more, people who first contract HCV at an older age tend to have faster liver disease progression.

Today’s hepatitis C treatments have high cure rates—90 percent or better—and studies find that older people are as likely to be treated successfully as younger individuals. Unlike the old interferon therapy for HCV, the new medications have mild side effects and are well tolerated by people of all ages.

Hepatitis C treatment is covered under Medicare. Copays can be unaffordable, but drug companies’ patient assistance programs may be able to help. During Medicare open enrollment, find out which plans offer the best hepatitis C coverage. This may mean higher premiums for a year, but the expense could be well worth it if you’re cured.