Newly Diagnosed with HIV/Hepatitis C? Here’s How to Best Get Help 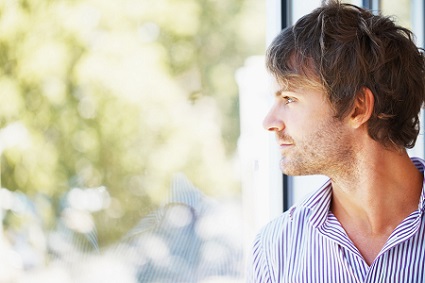 There is a new generation of addicts facing even bigger dangers than the general malaise drugs and/or alcohol eventually bring to the people who abuse them. Besides shattered personal relationships, worn out bodies and financial ruin, many of these new addicts now find themselves staring down chronic, deadly diseases such as HIV and hepatitis C.

In some cases, injection drug users learn they are infected with both diseases at the same time. While devastating to learn, the diagnosis can be a catalyst for getting into treatment. Here are four things to know about the growing risk of becoming infected by these blood-borne diseases and how to find the best substance abuse treatment available.

1. People who inject drugs have no boundaries.
In an interview published by Imstilljosh.com, a website run by HIV-positive activist Josh Robbins for people newly diagnosed, addictions expert Joe Schrank said people who inject drugs usually have no boundaries. Emotional pleas probably will have no effect on convincing them to get treatment, but hard medical facts backed up by real data might.[1]

Here are a few:


2. Hepatitis C is curable, and HIV manageable, with medication.
HIV is a manageable chronic illness thanks to modern highly active antiretroviral therapy (HAART). Many people with HIV diagnosed at age 20 today can expect to live about as long as someone who doesn’t have the disease if they are treated effectively and adhere to their medications.[7]

Breakthrough drugs such as Sovaldi and Harvoni can actually cure hepatitis C in as little as three months. These treatments are a far cry from old-line treatments such as interferon and ribavirin that had harsh side effects and proved ineffective for many, especially those people co-infected with HIV.

But these new hepatitis C drugs, known as direct-acting, antiviral agents, can cost $84,000 or more for a 12-week supply. Many insurance companies won’t cover them for people who have not been sober for at least six months. Injection drug users also carry the risk of being re-infected with hepatitis C if they don’t stop using.[8]

3. Choose a treatment center that offers both physical and mental health treatment services.
Find a center that has at least one board-certified psychiatrist, and get an assessment and clinical advice concerning treatments such as opiate substitution or Vivitrol injections. Many people plunge into depression when diagnosed with a chronic illness, especially ones that carry a negative stigma, and a center that offers comprehensive support for people newly diagnosed with HIV and/or hepatitis C is imperative. Medications such as Vivitrol help stop drug cravings and make long-term recovery (and prevention of HIV or re-infection of hepatitis C) a realistic goal. Among injection drug users infected with HIV/hepatitis C, proven models of treatment success are possible in an environment of integrated addiction and mental health treatment.[8]

4. Consider the benefits of needle exchanges if one is available nearby.
In the absence of seeking treatment, the CDC recommends that sterile needles, syringes and preparation equipment always be used for each injection.[9] The hepatitis C virus even can be spread by the blood of an infected person on fingers and surfaces, while the HIV virus generally cannot live long outside the body, according to the CDC.

Needle exchanges are scientifically proven as a way to stop the spread of HIV and hepatitis C. They usually offer HIV/hepatitis C tests and can offer linkage to getting treatment for the addiction as well as the infectious disease or diseases.[10]

While an addicted person may not always be able to see or care how an addiction can cripple his or her life socially and financially, letting a deadly disease go untreated can only have one indisputable outcome. Finding the right treatment program can help you or your loved one begin the journey toward a healthier, sustainable recovery.

David Heitz is a health writer specializing in addiction and recovery, HIV, Hepatitis C, caregiving/elder advocacy and mental health. This article originally appeared November 9, 2015 on Michael’s House and is reprinted with permission.