Twelve weeks of combination therapy with Merck’s MK-5172 and MK-8742, with or without ribavirin, cured between 94 percent and 98 percent of treatment-naive, non-cirrhotic people with genotype 1 of hepatitis C virus (HCV) in a recent trial. Interim results from a portion of the Phase II C-WORTHy trial were presented at the 49th annual meeting of the European Association for the Study of the Liver (EASL) in London.

This two-part, parallel-group, randomized-within group clinical trial is examining the effects of the NS3/4A protease inhibitor MK-5172 and the NS5A replication complex inhibitor MK-8742 in various subpopulations of people with genotype 1 of hep C. The results presented at EASL concerned treatment-naive participants who did not have cirrhosis. Thirty received the two Merck drugs with ribavirin for eight weeks, while another 85 received that regimen for 12 weeks. Another 44 participants received just MK-5172 and MK-8742 for 12 weeks.

Ninety-eight percent (43/44) of those treated for 12 weeks who did not take ribavirin achieved a sustained virologic response 24 weeks after completing therapy (SVR24, considered a cure). Ninety-four percent (80/85) of those treated for 12 weeks and who did take ribavirin achieved an SVR four weeks after completing therapy, indicating a high likelihood that another eight weeks would pass without incident and they would eventually achieve an SVR12. (Twelve weeks is considered the minimum length of time that must lapse post-therapy in order to designate a cure.) Of those treated for eight weeks, 83 percent (25/30) achieved an SVR eight weeks after completing therapy. (However, only 93 percent of the participants in this last group have yet made it past the eight-week mark post-treatment.)

“These Phase II results add to growing evidence for the potential efficacy of MK-5172 and MK-8742 for treatment of chronic HCV infection,” said Eliav Barr, MD, vice president of infectious diseases at Merck Research Laboratories. “These findings are integral to advancing our research of these investigational candidates into C-EDGE, the Phase III clinical program that will seek to more broadly evaluate the potential of MK-5172/MK-8742 in diverse patient populations.”

The most common adverse side effects between the groups taking ribavirin and ribavirin-free regimens, respectively, were fatigue (32 percent, 23 percent), headache (20 percent, 33 percent), nausea (21 percent, 16 percent), diarrhea (13 percent, 9 percent) and insomnia (13 percent, 7 percent). No one in the trial stopped therapy early because of side effects. There were no detections of clinically significant abnormalities. 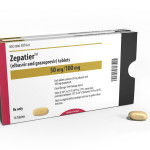 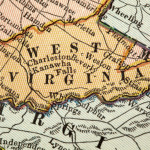