At the center of the lawsuit is Teva Pharmaceutical, slated to sell a generic version of the HIV prevention pill PrEP next year.

In a case that could be the nation’s largest of its kind, 44 states sued 20 drugmakers that produce generics, alleging that the manufacturers participated in price fixing, reports Fierce Pharma.

Filed last week in Connecticut, the case also names 15 executives of the pharmaceutical companies. Teva Pharmaceutical Industries plays a prominent role in the lawsuit, as does Maureen Cavanaugh, the company’s former senior vice president and chief commercial officer in North America. As the New York Times points out, Teva stands accused of raising prices on about 400 formulations of 112 generic drugs between July 2013 and January 2015 alone. Also highlighted in the Fierce Pharma article are Sandoz, a unit of Novartis, Mylan and Pfizer.

In the scheme, the lawsuit alleges, companies inflated prices by as much as 1,000 percent. The listed medications range from HIV and cancer drugs to blood thinners, antidepressants and antibiotics.

Spokespeople from the companies claim the lawsuit is without merit. For example, a statement from Teva asserts, “Teva continues to review the issue internally and has not engaged in any conduct that would lead to civil or criminal liability.”

The lawsuit’s summary section lays out its allegations. It reads in part: “Rather than enter a particular generic drug market by competing on price in order to gain market share, competitors in the generic drug industry would systematically and routinely communicate with one another directly, divvy up customers to create an artificial equilibrium in the market and then maintain anticompetitively high prices. This ‘fair share’ understanding was not the result of independent decision-making by individual companies to avoid competing with one another. Rather, it was a direct result of specific discussion, negotiation and collusion among industry participants over the course of many years.”

According to the Fierce Pharma article, the states have investigated the issue for more than five years and have listed more than 100 drugs affected by price fixing, though that number could expand to 300.

“We all know that prescription drugs can be expensive,” Gurbir S. Grewal, the New Jersey attorney general, said in a statement reported in the New York Times. “Now we know that high drug prices have been driven in part by an illegal conspiracy among generic drug companies to inflate their prices.”

At least one expert following the case predicts that if Teva settles with the states, the financial cost would be manageable for the pharmaceutical company.

Israeli-based Teva recently made headlines when Gilead Sciences announced that Teva would manufacture a generic version of the HIV prevention pill Truvada as PrEP, or pre-exposure prophylaxis, in the United States next year. For more about that, read the POZ article “Generic PrEP to Arrive in September 2020, but Will Big Savings Follow?” 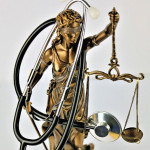