Outlined in a Health Affairs Blog post, the recommendations come from the Treatment Action Group and the Fair Pricing Coalition.

Nearly a quarter of Americans say they have trouble paying for medications, leading them to skip doses or simply not fill their prescriptions. But Congress and the Trump administration have the power to rein in the high costs of meds—including those of HIV and hepatitis C drugs—by drawing on existing authority and concrete legislative actions, according to the Treatment Action Group (TAG) and the Fair Pricing Coalition (FPC) in a post published on Health Affairs Blog.

In fact, the post lays out four proposals that would strengthen and modernize existing cost control measures. The recommendations are based on a critical analysis titled Tackling Drug Costs: A 100-Day Roadmap, which has been circulated among congressional leaders.

The four recommendations, in summary, are:

Fix the Formulas: Modernize and strengthen current ceiling price formulas to ensure that government payers are not paying more than commercial payers

Enhance Existing Penalties: Remove inflation penalty caps, increase penalties on drugs with the most egregious price hikes and apply penalties to new drugs with launch prices far in excess of top sellers in the same class

Pull Back the Curtain: Buttress existing transparency tools while studying the effects of additional manufacturer price and payer cost disclosures.

The four proposals are further described in the blog post; for more details, you can download the full Tackling Drug Costs analysis here.

“It is high time for the government to clamp down on drug pricing tactics that drive up health care costs and invariably hurt health care consumers,” said Tim Horn, TAG’s deputy executive director of HIV and HCV programs and lead author of the Health Affairs Blog post and collaborating author on Tackling Drug Costs. “There’s a populist impetus for prescription drug cost restraints and growing support for executive and legislative action,” he continued in a press release about the blog post. “The Trump administration and Congress must honor campaign promises in this regard and move swiftly and decisively to reduce drug prices while incentivizing scientific ingenuity and discovery—the health care system, taxpayers and those who rely on lifesaving prescription drugs are demanding it.” 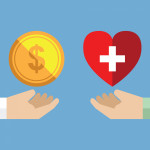