June 5, 1981 marked the official beginning of the AIDS epidemic. Istock

A look at some science-based facts about HIV that may surprise you as we mark the 35th anniversary of the official start of the AIDS epidemic. 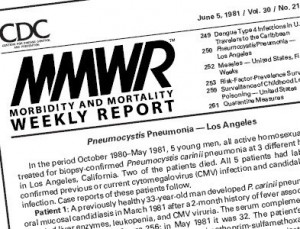 HIV, which had been slowly and silently spreading throughout the 20th century from its origins in Western Africa, had finally begun to rear its ugly head on a grand scale.

The AIDS epidemic had officially begun.

To say that much has changed since those early terrifying days of the epidemic is a categorical understatement. AIDS would bring out the best and the worst of society, exposing and fueling deep-seated, often institutionalized hatred toward gays and other disenfranchised demographics, while bringing to their feet a heroic new order of activists and scientists.

Often at fierce odds with one another, these two latter forces would eventually come to work more symbiotically as they fought for a common goal: to combat a plague that threatened to annihilate vast swaths of the human race.

Today, 35 years into the epidemic, an estimated 36.9 million people are living with HIV worldwide. About 17 million of them are on antiretroviral (ARV) treatment as of 2015. Twenty-nine individual ARVs have been approved since Retrovir (zidovudine, or AZT) was approved in 1987. And scientists are fast at work developing potential vaccines and cures for the virus.

To mark this milestone, POZ has culled together 35 science-based facts about the HIV epidemic, many of which may surprise you. Click on any of the hyperlinks for more information.

The State of the Epidemic: